Toni is passionate about helping people find simple ways to increase resilience, control their emotions and get the most out of life – regardless of circumstance. 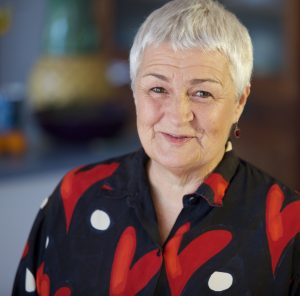 What Toni teaches is hard- hitting, scientifically backed life development that cuts to the core of the ways we self-sabotage and allow our brains to trick us into a lifetime of stress.

It’s potent medicine sugared with her funny, disarming and entertaining style of delivery.

This is the core of how she works- to deliver the information we need, in a way that also lets it be the wisdom we want.

Her books, The Yellow Car and What a Feeling! dive straight to the essence of our human capacities to overthink, to create blind spots in our perceptions of the world around us, and to allow past trauma to affect our current and future realities.

Toni’s gift is to be able to express the often laughable ways that we as people trap ourselves into lives of worry, fear and stress- and then to invite us to see these behaviours in our own lives, rather than only in each other’s.

A very short show-reel of Toni speaking at various events.

The Power of Words – TEDx

Toni has worked with companies like BHP, Allianz, Lion & Aurizon. With schools and institutions such as Geelong Grammar and Monash University as well as with councils, government departments and small businesses.

Toni is a popular keynote speaker at conferences of all sizes and has graced the stage alongside luminaries such as His Holiness the Dalai Lama, Brene Brown, Shawn Achor and Ruby Wax.

Toni was the subject of an ABC ‘Australian Story’ documentary episode called ‘Let There Be Light’   and has been interviewed on many ABC Radio programs such as Life Matters.

In 2019 Goalcast released an edited version of one of Toni’s talks and it has over 11 million views.