WHEN YOUR TEAM IS HAPPY THEY THRIVE

(EVEN IN THE MIDST OF CRAP)

HAVE A SMARTER TEAM

SIMPLY BY HELPING YOUR STAFF BE HAPPIER

This is a perspective-changing program that everyone can relate to. It’s full of practical strategies, true stories and includes the relevant science. Happy, Healthy Educators is suited to leaders and teachers as well as the full range of support staff.

The program is designed to increase individual happiness, resilience, encourage positive outlook and is very effective in reducing stress, anxiety, depression and negative behaviours such as gossip and complaining.

“Simply the best professional learning I have seen.

If you desire a school (and home life) with better relationships, that is happier with less stress and more productive then book Toni.  Toni presents her valuable knowledge and insights in an inspiring and deeply personal way.”

Staff watch very short videos whenever they like during each week – at school or at home. Ideal to insert into staff meetings & ideal to share with their household.

This unique course includes relevant excerpts from Toni’s exclusive personal interviews with some of the world’s top wellbeing experts and New York Times bestselling authors including:

IMPROVEMENT IN ALL STAFF RELATIONSHIPS

A NATURAL DEFAULT TO POSITIVE OUTLOOK

ENQUIRE ABOUT THIS PROGRAM

Toni is an author and expert on happiness, good relationships, wellbeing and creating positive workplace culture. She has both TEDx and Goalcast talks.

Toni works with schools and institutions such as Geelong Grammar, Dept of Education, and Cath Ed. She’s also a regular at universities such as Monash, Griffith & QUT. She’s conducted masterclasses or been opening keynote speaker at many conferences including PESA and The Positive Schools Conference in Perth.

At other events she’s had the amazing privilege of gracing the stage alongside luminaries such as His Holiness the Dalai Lama & Brene Brown. Toni was the subject of a heart-warming ABC ‘Australian Story’ episode called Let There Be Light

“It was a fantastic, stimulating and well informed workshop. Staff members found Toni’s workshop was of very high quality – it has made a difference in the way we work with each other. Toni presents using very powerful images, her own experiences and the relevant research to support the key ideas.” 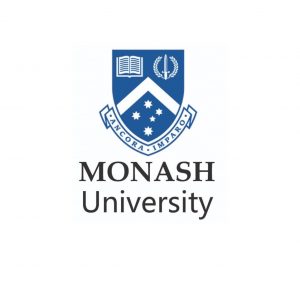 “Happiness inoculates against the negative effects of stress.”

ENQUIRE ABOUT THIS PROGRAM

“Toni’s program is an honest, challenging and triumphant celebration of how we can powerfully change our own lives for the better.”

View a 1.5 min sampler video of Toni in action